I went to church today. It isn’t a Catholic church.  If my mother were alive she would say, “You are going straight to hell for setting foot in that place.”  I even took communion with the pagans. That would leave no doubt in her mind as to my eternal fate. I hope she is busy in heaven on Sundays and doesn’t see me there.  Maybe she would take it easy on me now.  Who knows? She might be hanging out with the Protestants and Jews in heaven.

There is not so much ceremony as the Catholics. That’s OK with me.  The same thing Sunday after Sunday gets a little old. The pastor wears blue jeans instead of ancient garb.  I wore sandals today, and let myself off the hook because Jesus wore them as well. I also had shorts on, a first in church.  They start off with about 20 minutes of music and singing.  I started to show up a little past the official start time, sort of like the movies.  I don’t need to see the previews, especially since the three guys playing guitar only know four chords, drowning out one woman singing and another playing the violin, who I think knows what she is doing.

When I was a boy, my mother dressed my brother, Jay, and I in suits for Sunday mass at St. Anne’s Catholic Church in Groesbeck, Ohio. My mother and my sisters wore hats, of course.  My father usually wore a suit and a fedora, but removed it at the door of the church. I wish I could wear a fedora.  Maybe I will buy one the next time I’m in London. I used to buy my hats at Bate’s Hatter on Jermyn Street, where kings buy their hats. I wonder how a fedora would look with shorts and sandals.

Anyway, Pastor Billy is a young guy.  I was disappointed that Pastor Mike was standing in the back, as I like to listen to him.  I suppose he was in the back to size up Billy.  Billy managed to hold my interest with his message and delivery, even though I suspect I might be more critical than most. I even took notes.

Pastor Billy spoke about the day Jesus was confronted by the elders who brought a woman before him, who, they say, had been caught committing adultery. According to ancient law, they said, she was to be stoned to death. Now, Pastor Billy went into the message in detail, and I liked what he had to say. One part that struck me was, Billy said, that Jesus judged, and was not judgmental. Then he went into how today, we are judgmental, and claim we should not judge. Reverend Billy then said, “The heart of Christianity is judgment without condemnation.”  I like that.  The proof, he said, lies in what Jesus said to the elders. “Let he who is without sin cast the first stone.”  Then he told the woman, “Go, and sin no more.”  According to Pastor Billy, Jesus knew he was destined to suffer for the sins of the condemned woman.

I guess I cannot claim to be a particularly religious man, but I do believe, and I think I am better for going to church and listening to a good man while in the presence of other good folks.  I might not be as well versed on the Ten Commandments as I should be, but I I know it takes two people to commit adultery.  The question is, am I judging, or being judgmental if I wonder where the son-of-a-bitch was who was with her?

The service ended, and left me with a few questions to ponder as I drove to Publix to pick up the failing Sunday New York Times.  I was lucky to park close to the front of the store, so I could leave my sunglasses and hat in the car, and dash to the store as fast as my sandals allow without burning my bald head.

As I made a dash to get out of the sun, I saw about fifteen Black folks in front of the store.  A young girl of about 15 approached me. It took a bit of courage for a young Black girl to stop me, alone, a White man of 67.  If nothing else, she deserved my attention.

I don’t often mention my father.  We never really saw eye-to-eye on much, and he chose to live his life in a way that was different from me. Maybe some of it wasn’t so much his choice versus mine, but just the way life was. One thing he taught, was that his children were to look up to no one, and down on no one.  Dad had a smile for everyone, a smile that was contagious.  He would have stopped to chat with this young girl.  Maybe I learned it from him.  Maybe not, but he was a man who men liked.

Now, I judged this young girl. After all, she was asking for money. I wanted to know why, what they were going to do with the money, and who was in charge. Turns out, these folks were on a church project to raise money for school supplies for kids in Jamaica.  She did a good job of answering my questions. She spoke well, carried herself well, and looked me in the eye.  I teased her a little.  “You’re not planning to use the money to go to the beach are you?” She said she wasn’t, and I said it was OK if she had some fun while in Jamaica.

This seemed like a good project to me. I like the idea of young kids, Black or not, raising money to help someone less fortunate, and going to see where it is used, in a place of severe poverty.  I asked a lot of questions, and gave her more money than she expected.

This young girl asked for my attention, deserved it, and I gave it to her.  When we finished, I complimented her and told her I was impressed.  Did I judge, or was I being judgmental?

As I started to leave, another girl approached a man, burly and tattooed.  He didn’t even offer her the courtesy of a look as he brushed past her into the store. The girl grimaced.  I could tell it hurt.  I stopped her, and said, “Don’t take that on yourself.  That says nothing about you, and everything you need to know about him.” She nodded.

Did I judge him, or was I being judgmental?  Was he in a hurry?  That’s no excuse to not smile and move on.  Not even acknowledging another’s existence is a terrible thing to do to another, especially a child.  I saw how painful it was to her.   It begs a terrible question…was he racist?  Did he do it because she was Black? Am I being judgmental?  I judged the girl and asked a lot of questions.  Am I racist?

I don’t like the class of folks who are in the other political party.  I find them stupid. Well, at least until I talk to them.  I find that I even like a few.  Trouble is, few people talk anymore.

In today’s world, stopping to talk to people, greeting them has become odd behavior.  Its gone the way of my father; it is dead. My father never had a cell phone.  He never sent a text message.  He never thought he was so important that he had to be available at all times.  He wore a suit and tie to work and had a corner office. He didn’t go out to the factory floor because of some social idea from human resources.  He never fell into the trap of thinking of those folks as “less than.”  He liked to hang out in the factory with the folks he called, “real people.”  I never, in all my life, 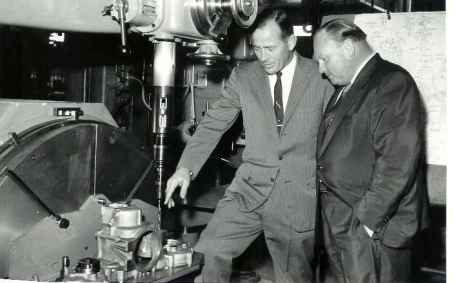 saw him ignore another person.  Has it really become our nature? Are we afraid to talk to one another, or do we just not care? Have we become that cold?  Or just lost in our machines?  I am waiting for a heart transplant. What I want to do once the wait is over is to turn my phone off at night, and leave it home when I go to the store.  I want to turn it off when I am with someone I like so I can talk to them.  You know, the old fashioned way, while looking that person in the eye.

8 thoughts on “Judging or Judgmental?”